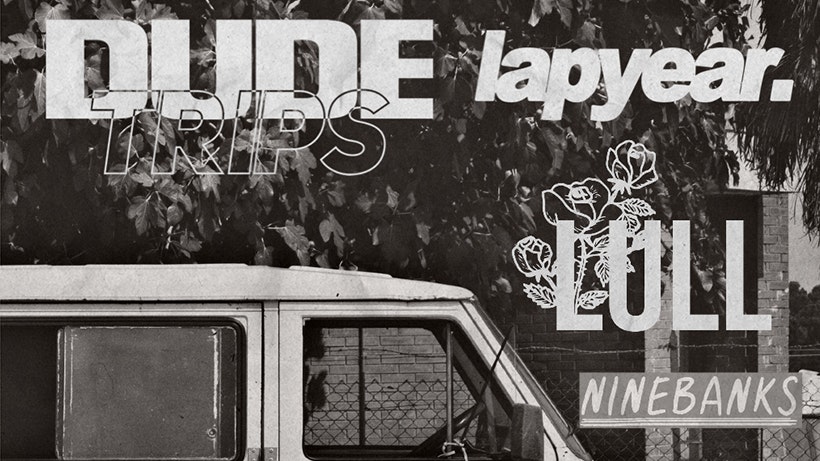 Sequestered in the far north-eastern coastal wilds of Fraserburgh, Scotland, the band’s sound draws from much wider and more varied influences than their remote, sleepy seaside town origins might allude to.

Since forming in late summer 2016, the band have so far released two EPs: Sad Lads—written on a whim in an attic, with the end goal of playing a single show in Aberdeen—and Keepsake, which was mostly written in a renovated granny flat. With forthcoming debut album Through Love And Death, You’re All I Have Left (Side Mission Records) serving as the band’s first real fully formed piece of studio work, it’s a weightier affair than their previous records, whilst retaining the raw emotion of earlier releases.

Receiving praise from Kerrang! Noizze Uk & Already Heard to gaining support slots with As It Is, Woes & Astroid Boys along with their own UK tours the band continue to grow.

LULL a hard hitting Emo/hardcore band from Newcastle Upon tyne, UK. They have an emotional but heavy driven sound. Fans have noted them for their heavy bass tones, big choruses, strong vocals and catchy themes throughout their tracks.  Born out of the North East UK hardcore scene LULL take influences that comes from the hardcore & tie it in with their Emo/Alt twist.

Lapyear are a 4 piece Alternative/Emo band from Hertfordshire, UK. They bring to the table an exciting blend of American Emo mixed with shoegaze and 90’s brit-rock, which creates a sound that stands out amongst the fold. They released their debut EP “Comfort Underwater” in 2018, becoming a favourite with both fans and industry, it quickly gathered the attention of Venn Records, a label known for bands such as Marmozets, Gallows, Milk Teeth and more. In late 2018 they signed to Venn and released their first singles on the label, “Stay Warm/Tired Eyes”.