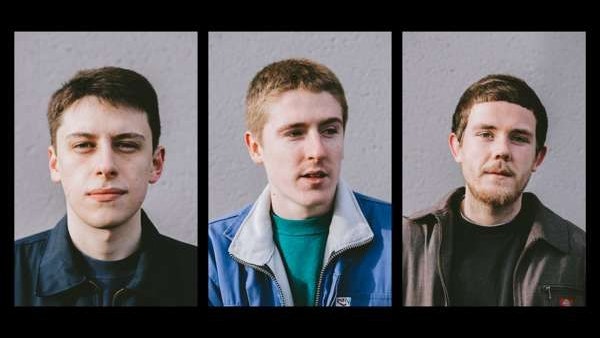 It would be easy to shower Mt. Misery with the kind of shimmering west coast plaudits previously reserved for cult luminaries like Arthur Lee and Dennis Wilson, but the more prosaic truth would be that Muscle Beach and palm trees are about as far removed from the windswept headland of their hometown of Hartlepool as it’s possible to be. However, an acute sense of being and the bittersweet turbulence of life – shared by the aforementioned sun-kissed great – gives the band’s debut album Once Home, No Longer an impressive geographical authenticity. Released on the brink of summer, the themes within this remarkable record overarch like a rainbow, with the tracks waxing and waning like sunlight shining through cracks on the pavement.

The songs reflect a timeless but beautiful heartbreak for fans of Real Estate, Whitney and Alvvays, but under the surface, there is a mature determination to succeed that can only be cultivated in the working-class environs of a northern town. Hiding beneath the intense grey clouds that serve only to stop the freezing ocean spray escaping into the sky, Andrew, Lewis and Ste still walk to rehearsals past the careworn shops and tired arcades in a seaside town they forgot to close. Although Once Home, No Longer may have been made in Hartlepool, its sempiternal sound isn’t constrained by grid references.

Plus support from Onlooker and Eastern Exit.

Onlooker are a high powered four piece band from Teesside, they take influence from bands such as Fugazi, Drive Like Jehu, Oh Sees and Eddy Current Suppression Ring among many others. They have developed a garage type sound utilizing everything at their disposal in a short, sharp format. Angry songs in a major key. Their debut self recorded EP and second split EP released through Sunderland based Serial Bowl Records received radio 6 music airplay and encouraging words from Steve Lamacq – “I can’t get enough of this, it’s right on the money for me”.

Eastern Exit are an indie-rock quartet from Sunderland, UK, combining influences from neo- psychedelia, shoegaze, math rock and indie-dance/dance-punk outfits. Their style can be summarised in the following description: Groovy prominent basslines, dancey drums, dreamy effervescent guitars, plaintive harmonised vocals and cryptic lyrics; all composed with an underlining emphasis on rhythm. Their sound has been compared to bands such as: ‘Tame Impala, Phoenix and Real Estate’. Eastern Exit finally emerged onto the music scene, prior to a long gestation, in 2019, releasing two singles: ‘Transmute’ & ‘More Than I Could Know’, performing a handful of gigs in the North-East and are currently preparing their debut EP, ‘Symbols’.