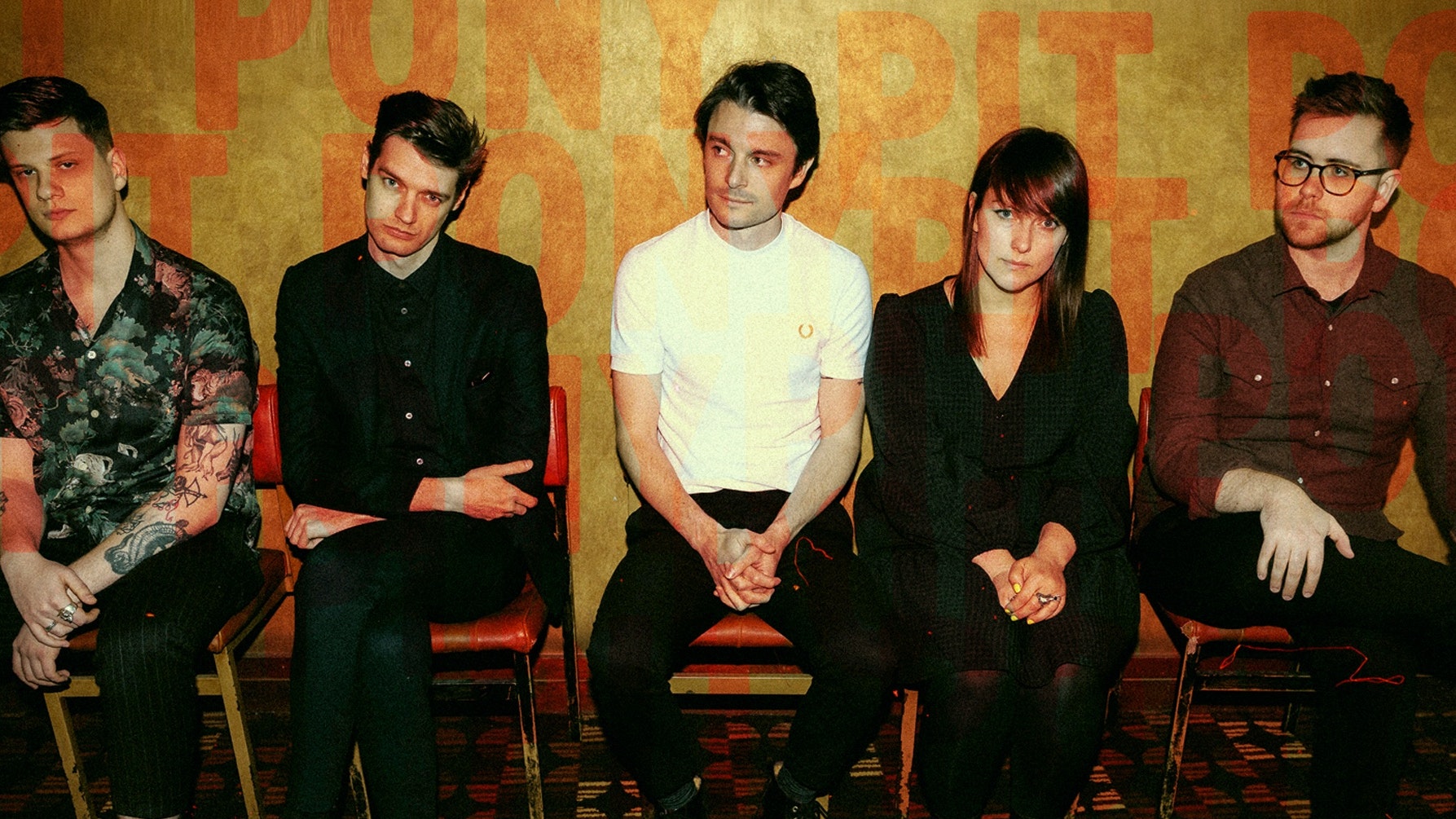 With a rawness that owes influence to the North East coast they call home, Pit Pony are a caustic, fuzz-rock five-piece from Tyneside. The band create an adrenaline fuelled, full throttle soundtrack for singer Jackie to explore tales of political ineptitude, mental health, motherhood and failed relationships.

With their first new music since 2020, Pit Pony return with their foot firmly on the throttle. Their debut album World To Me explores themes of identity, isolation, anxiety, motherhood and although not intentionally, the impact of the pandemic on us all. Songs like ‘Tide of Doubt’ and ‘Black Tar’ are quite visceral which Jackie describes as an “outlet for the pent up anxiety of isolation and the what seems like constant bad news coming at us from all angles”. ‘World To Me’ and ‘See Me Be’ explore the experience of having a baby and navigating life after that. ‘Best Is Yet’ is more of a love letter to Jackie’s younger self, with ‘Supermarket’ and ‘Cold’ exploring themes of complex relationships and self preservation.

Entrenched around Rachael Whittleʼs swaggering, off-kilter though decidedly arena-sized compositions, Pave The Jungle formed in Newcastle-upon-Tyne in 2019. With the addition of drummer Scott Jeffery the duo was completed that spring, and over the ensuing summer the pair took to Blank Studios (Pigsx7, Richard Dawson, Du Blonde) to record debut EP ʻThe Hissingʼ. Pave The Jungle have been tipped by BBC Music Introducing and BBC Radio Newcastle as ‘Ones To Watch’ for 2022.

Eve Cole is a singer/songwriter from Sunderland. She recently won the 2022 Alan Hull Award and is emerging in the North East Music scene. Her style can be described as indie-pop with a sense of rock mixed in. Her debut single ‘Nice Guy Syndrome’ was shortlisted for BBC Live Lounge Introducing 2022. She is building momentum performing both as a live acoustic solo set and alongside her band, pud!