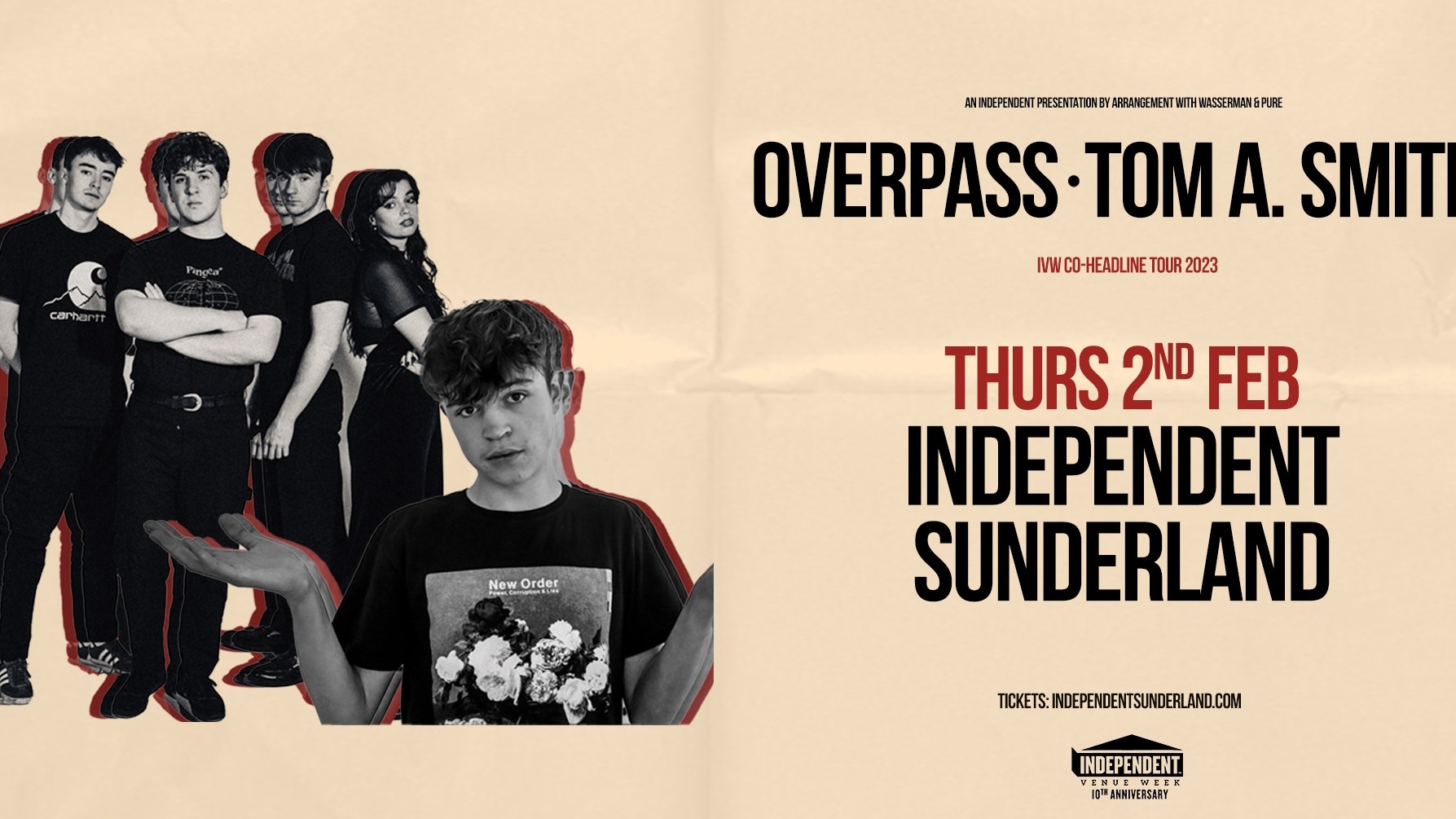 Despite still being a teenager, Sunderland-based newcomer Tom A. Smith has already achieved more than most artists do in a lifetime. He played his first ever gig aged just eight, supporting local psychedelic rockers Detroit Social Club at legendary Newcastle venue The Cluny, performed at Glastonbury before he was even in secondary school, and Tim Burgess handpicked him to play his stage at Kendal Calling, making him the festival’s youngest ever performer. He has played live with local hero Sam Fender and Catfish & The Bottlemen, as well as supported other Northern acts on the rise like The Lathums and The Mysterines.

Overpass have quickly established themselves as Birmingham’s newest hometown heroes, boasting two nights at The Sunflower Lounge and O2 Institute2 on their ever-growing list of sold-out dates. Major support slots alongside the likes of The Wombats, The Snuts and The Twang, have boosted their profile, alongside airplay at BBC Introducing, Radio X and Amazing Radio. Following a busy summer of festivals, including appearances at Isle of Wight, Truck and Y-Not?, Overpass are ready to release their most ambitious material to date and cement their place as one the UK’s most exciting new bands.