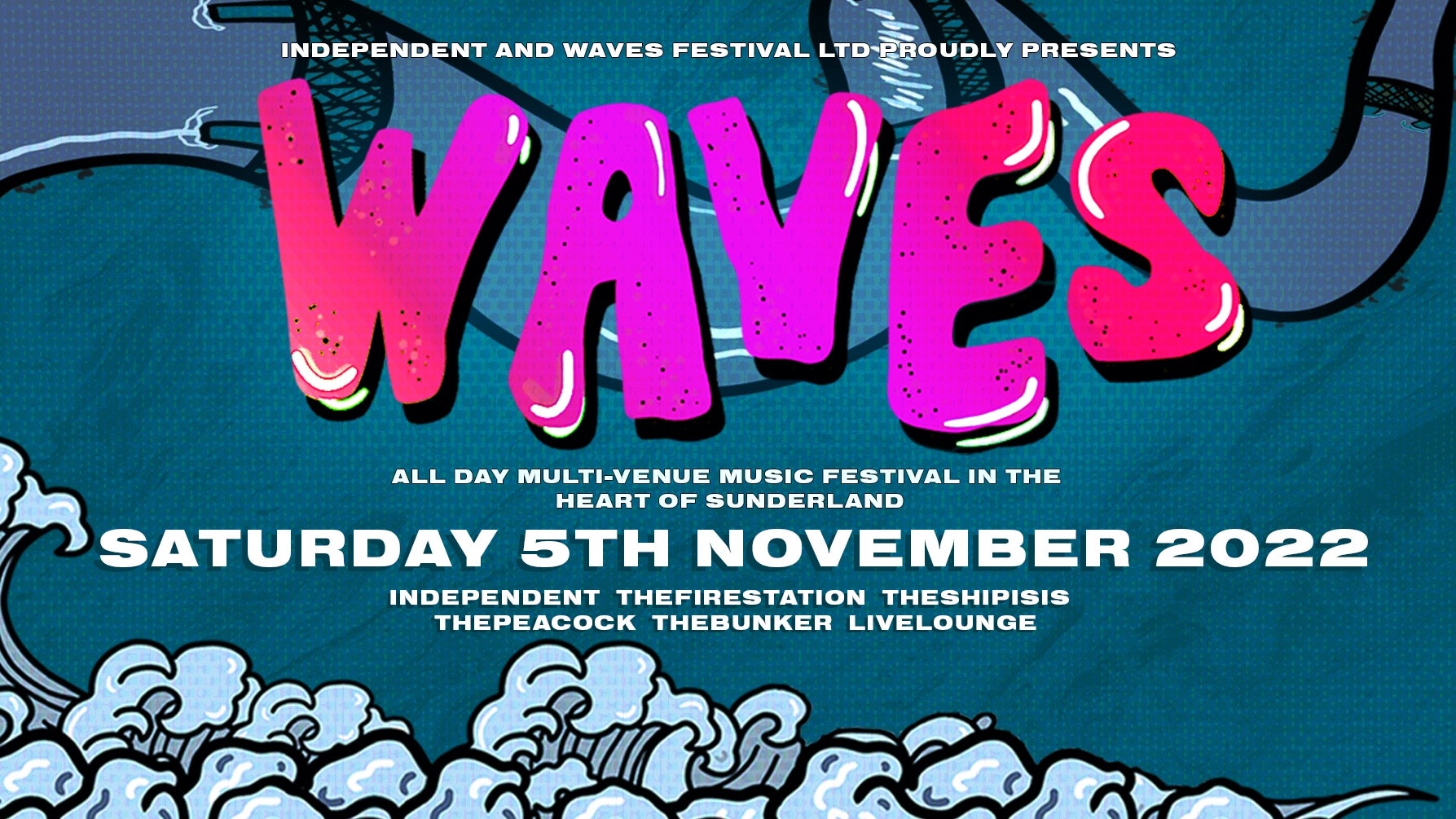 The all day multi-venue festival takes place over six venues in the heart of the city bringing international, national and regional artists together for a day of music in Sunderland including headliners The Pale White. Returning for a second year, Waves boasts the edition of Sunderland’s newest venue, The Fire Station (800 cap), as main stage alongside the five venues who were involved in 2021: Independent, The Peacock, The Ship Isis, The Bunker and Live Lounge.

The first wave of acts features the aforementioned The Pale White as festival headliner, in The Fire Station. Fresh from releasing their debut album ‘Infinite Pleasure’ to great critical acclaim the band play their only North East date of 2022 at Waves boasting a new live line-up. Dutch indie 4-piece Pip Blom return to Independent to headline the stage for Waves following a sell out show in April, when touring their second album ‘Welcome Break’ as part of the Music Venue Trust’s Revive Live tour. The Peacock will be headlined by Leeds based electronic/funk party band Galaxians, off the back of slots at festivals such as Bluedot and Tramlines and with an ever growing live reputation.

The rest of the line-up includes the incredible Ishmael Ensemble who continue to blur the lines between electronic and jazz music with their expansive sound. Sunderland born Tom A. Smith who is on a meteoric rise having recently played Glastonbury (again) and supported Elton John as well as York 5-piece Bull, bringing their noisey indie racket to Sunderland for the first time. Further to this we also welcome Sunderland dance/pop outfit Vandebilt, the psychedelic/indie sounds of The Dream Machine, Luke Royalty, Hivemind, Yaatri, Wax Heart Sodality, Ghost//Signals as well as many more still TBA.